To consolidate existing pieces of design tools into a set of user-friendly, universal ecodesign rules for all value added elements of the paper and board value chain. The pilot project intends to create a self-enforcing mechanism of speedy adoption of new ecodesign rules, thanks to commitments by businesses. 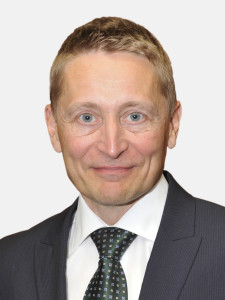 The World Economic Forum’s project on the circular economy (Project MainStream) has chosen the Confederation of European Paper Industries (Cepi) to contribute to one of the project’s three pilots for advancing circular thinking. Running from January 2015 for 12 months, is «an excellent track record, the right mindset of wanting to continuously raise the bar and world class knowledge in recycling were the reasons for which Project MainStream chose the Cepi pilot as a contributor», says Johnson Yeh, Head of Circular Economy Initiatives at the World Economic Forum.

We have interviewed Jori Ringman, the Sustainability Director at Cepi, to enquire about this project that places paper at the forefront in the field of ecodesign.

Who are the beneficiaries of the project?

«The key actors of the World Economic Forum are those international companies that have committed to advancing circular economy, such as fast moving consumer good companies and retailers, supported by McKinsey and Ellen MacArthur Foundation. This particular work item is one of the project’s three pilots for advancing circular thinking, and it will be led jointly by Smurfit Kappa Group and Ecolab whilst Cepi will be in charge of producing the guidance assisted by PTS in Germany. This all translates to a pilot actively driven by a dedicated core team with global network, extensive knowledge of circular economy, and world-class analytical capability.
The pilot’s objective is to consolidate existing pieces of design tools into a set of user-friendly, universal ecodesign rules for all value added elements of the paper and board value chain. The pilot, running from January 2015 for 12 months, intends to create a self-enforcing mechanism of speedy adoption of new guidance, thanks to commitments by businesses. As important as drafting the guidance, is also syndication with key stakeholders: Leverage along syndication process will be done to ensure buy-in of the concept.»

How they will then be involved in the results obtained?

«The World Economic Forum has estimated significant gains of up to $10bn that would benefit the whole value chain as well as the society. The immediate benefit would include reduction of the overall fibre need while reducing water consumption and improving the ability to reuse, for instance in industrial symbiosis, by-streams of the production processes. A system-level solution will also facilitate understanding and better communication along the various players in the value chain.»

And how they will then be involved in the results obtained?

«We will establish an unprecedented large scale cross-industry, cross supply chain, pre-competitive collaboration between key stakeholders related to paper in order to leverage private corporation commitment to a global, systemic standard. The guidance produced in the project would be for all steps in the value chain where design decisions are taken.»

There will be a communication campaign at the end of the project? What does it consist of?

«The idea behind the Project MainStream is to create a tipping point by mobilising a critical mass of businesses to commit to circular thinking; once the draft guidance is ready, the first communication task is to continue conversations with relevant industry players and other stakeholders. The communication will be two ways: we will continue refining the guidance based on consumer, industry and government feedback. Obviously some awareness building will be included but already the fact that this is one of the only three pilots selected by World Economic Forum is helping in communicating the importance of considering circularity at the design step. Whereas we are looking forward to the announcement of success at Davos in 2016 when the pilot is finished, the on-going communication will mean that the comprehensive, measured results can be announced in Davos 2017 and onwards.»

What could be the difficulties to be overcome in the identification of new techniques and materials?

«The challenge is that we need to take a step back from our European perspective to traditional paper-based products with known properties – and known problems. The rules we will produce need to be universal enough to be applicable globally for various techniques and products at all design steps along the life cycle. It therefore should not be too prescriptive but rather define universal descriptive guidance for those who formulate new mixtures to be used with fibres or consider completely new fibre-based products.»

The goal of a circular economy: how the paper will really take the lead for the other materials?

«The Eco-Design project aims to start with paper, one of the most-recycled products in the world, to achieve proof of concept on establishing ecodesign rules with approaches that can be replicated in other industries. Even if the solutions may not work one to one in other sectors, the problems of ensuring purity of the loop is very similar in all sectors and therefore the concept can be used by many. At the very high rates of recycling, paper is already living the circular economy and can demonstrate in real life both the problems and the solutions.»

The World Economic Forum is an International Institution committed to improving the state of the world through public-private cooperation. It engages political, business, academic and other leaders of society in collaborative efforts to shape global, regional and industry agendas. Together with other stakeholders, it works to define challenges, solutions and actions, always in the spirit of global citizenship.

Delivers unique value to its Partners, Members and Constituents through its Annual and Regional Meetings, its Centres dedicated to global, regional, and industry issues, its future-oriented communities of New Champions, its expert networks of Global Agenda Councils, its TopLink knowledge and interaction platform and the Forum Academy.

Was established in 1971 as a not-for-profit Foundation and is headquartered in Geneva, Switzerland. It is independent, impartial and not tied to any special interests, working in close cooperation with all major international organisations.

Strives in all its efforts to demonstrate entrepreneurship in the global public interest while upholding the highest standards of governance. Moral and intellectual integrity is at the heart of everything it does.