A recent spill of two million litres of partially treated pulp-mill effluent into a tributary of the St. Croix River is raising concerns about the long-term health of the river dividing New Brunswick from the United States. 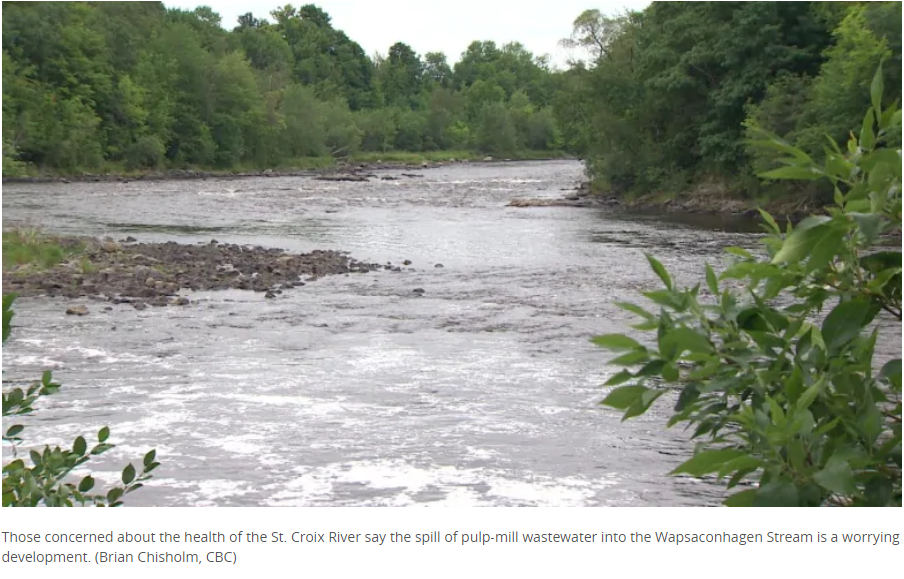 One of the main lines of the Woodland Pulp mill in Baileyville, Maine, west of Calais, ruptured Aug. 10, sending wastewater into Wapsaconhagen Stream.

A police officer on patrol smelled an odour and contacted the mill that day.

“It’s hard to say, one way or another, whether there was impact to the river,” said Brian Kavanah, a spokesperson for the department.

“By the time we got to the river to evaluate it, the spill had ceased and the plume would have gone all the way down the river. We didn’t observe anything when we got there.”

He said the department is reviewing the incident and hasn’t made a decision about pressing charges.

But for those with a vested interest in the the St. Croix River, it’s a worrying development. The mill has a history of spills.

In September 2016, it experienced two, as first reported in the Bangor Daily News, in which about one million gallons of partially treated wastewater was not captured by the mill’s designated spill ponds and leaked into the St. Croix River.

“The problem is not this specific spill, but the frequency with which these spills do occur,” said Paul Bisulca, who works with the Passamaquoddy group Schoodic Riverkeepers, which is trying to restore the tributary and its fish population.

“They repair the break as it happens, but they don’t spend the money to actually replace the system, which really needs to be done.”

There have been substantial international efforts over the past 10 years to restore the alewife — know as gaspereau in New Brunswick — population on the St. Croix, said Nathan Wilbur, director of the Atlantic Salmon Federation.

The federation doesn’t want to see those gains reversed by an industrial spill.

“We are discouraged to hear about the effluent leak on the Wapsaconhagen Stream,” he said in an emailed statement.

“We urge the mill and environmental authorities in Maine to take immediate action to mitigate impacts from this spill, and be proactive in planning for prevention of such an incident in the future.” 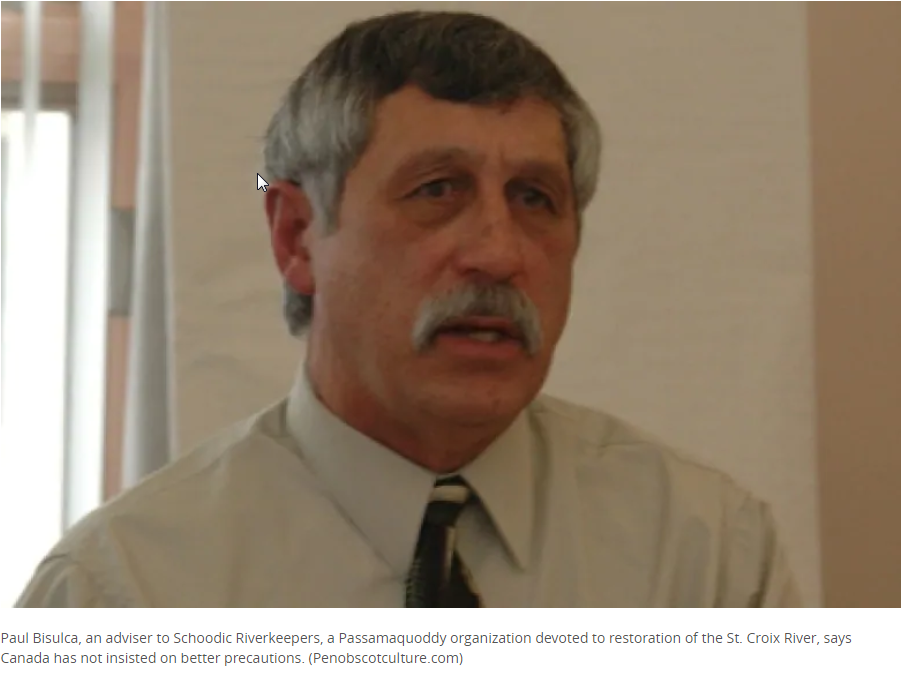 Bisulca said the timing of the spill avoided any migrating fish but could have been damaging if it hadn’t.

Parts of the river, although not considered “dead zones,” are recovering their oxygen levels, he said. Spills can exacerbate this problem, lowering oxygen levels further. He’d like to see more cross-border efforts to improve the health of the water, he said.

“Maine has unilaterally done whatever it wanted to do,” Bisulca said. “Canada has not pushed back on them. That’s one of the criticisms I’ve had.”

Because the river flows along the border, New Brunswick was contacted after the effluent leak.

Katharine Sidenius, a communications officer for the Department of Environment and Local Government, said that based on initial findings and reports, “There appears to be no significant impact to the environment.”

All spills are of concern to the government, Stéphanie Bilodeau, another department spokesperson, wrote in an email.

“We are continually working to improve communication and the working relationship with our neighbours.”

Scott Beal, a spokesperson for the mill, defended his organization against allegations it isn’t doing enough.

“We’re taking several corrective actions to make sure we don’t get in this situation again,” he said. “Our engineering teams are working very diligently. Here, locally, we’ve hired consulting engineers to help us evaluate our options going forward.”

“I expect we’ll have some decisions that we’ll be arriving at very soon … in terms of replacing that line or fortifying it such that we don’t have any other events.”

He said the pulp mill has replaced one-tenth of the three-kilometre-long pipeline since the 2016 spills. The company is now replacing another 182 metres, that had been identified as the next section in need of upgrades prior to the most recent spill.

He said the company is spending more than $1 million US doing that work.

“Some might conclude, ‘Well, what are you doing? It looks like you’re doing nothing.’ Some might hold that belief but the fact is, it isn’t true,” he said. “It’s not a fair statement.”