Murray scooped a cup of dirt and used a pH meter to test it. The meter revealed what has become alarming to farmers: The soil was as acidic as a cup of black coffee. 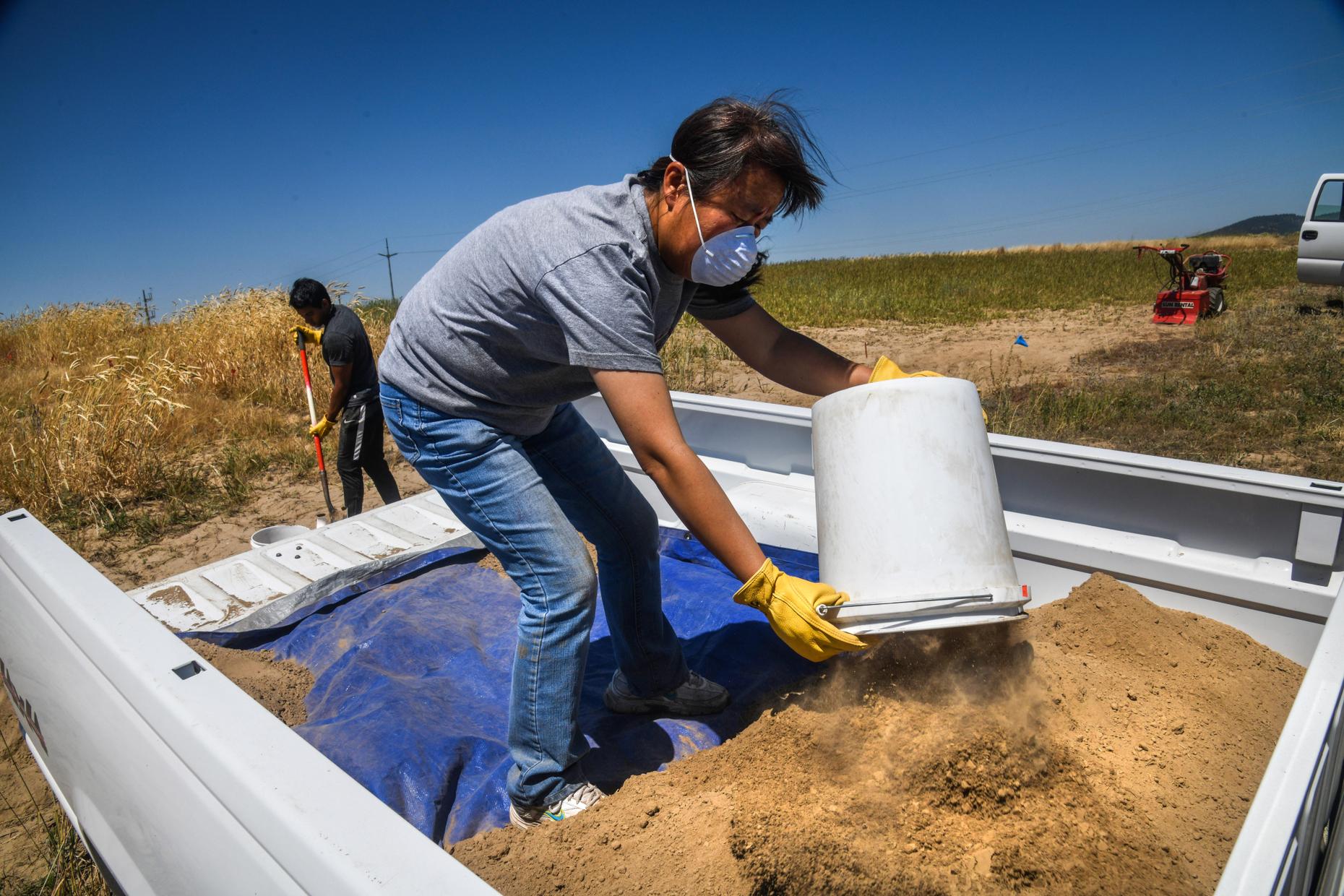 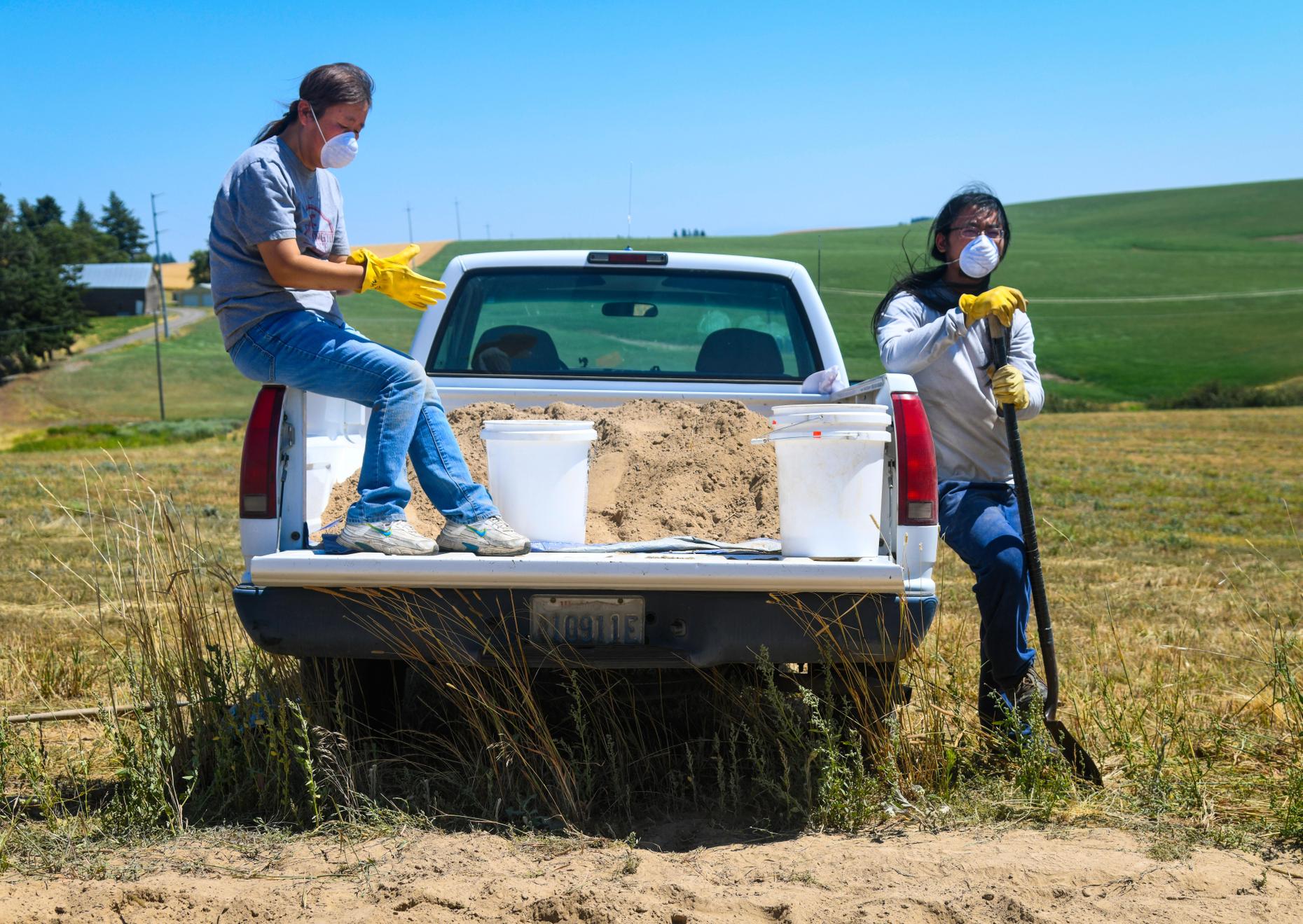 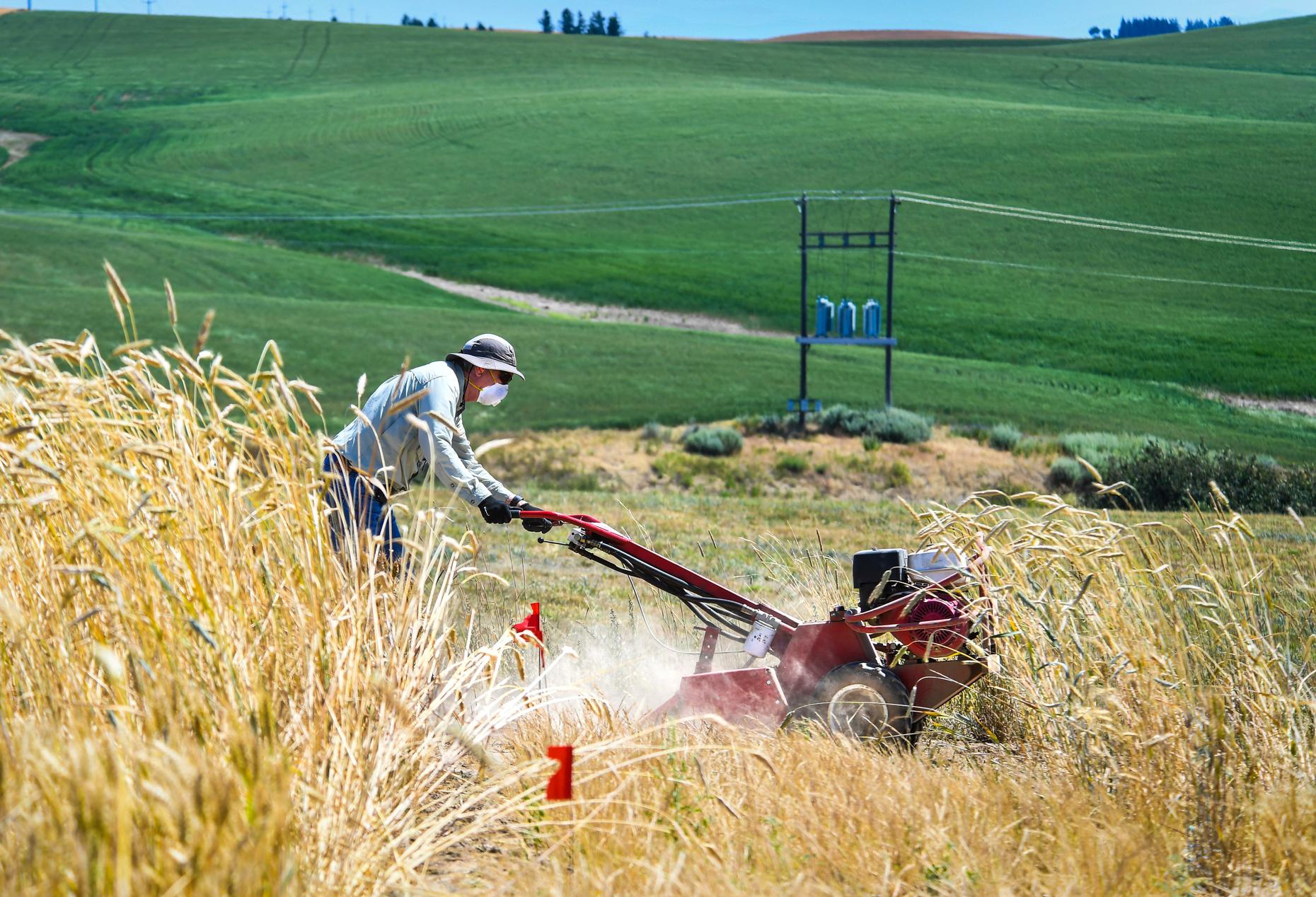 Soil acidification is killing crops at a slow but increasing rate in some places in Eastern Washington. It’s a long-term problem that’s caused by adding nitrogen to the soil to increase crop yield. Acidification causes compounds such as aluminum sulfate to form, which is deadly to crops. In the short term, farmers can’t justify the costs of traditional solutions like spreading limestone on the soil because it costs too much to transport.

Arron Carter, WSU professor and winter wheat breeder, said some acres on the Rockford farm are losing up to 60 percent of their yield.

“It affects everything,” said Paul Carter, WSU professor and agronomist. “In the future it’s going to drive up the cost of food.”

The three are among scientists who have been studying the growing issue in Eastern Washington since the 1960s.

Enter Inland Empire Paper Co. In June, Murray visited the papermill’s environmental manager, Doug Krapas, and walked out with two orange buckets of ash, a sample of what may be an answer to acidic soil.

The ash, called fly ash, is a byproduct of burned paper and trash that powers the paper mill. Until about a year ago, Inland was selling the waste to a Canadian cement company. That company went out of business and now Inland dumps 17 to 20 tons per day in a landfill, said Krapas.

The ash contains high levels of calcium, the ingredient that reverses acidification, and at higher levels than limestone.

At the Rockford farm, Murray and three students shoveled the acidic dirt into the bed of his truck. They conducted the first experiments at WSU Pullman last month, Murray said.

The fly ash is one prong in the fight against acidic soil. Murray is also experimenting with bio char, burned plant matter, that restores nutrients into farming soil. And he is looking at genetically edited genes from crops in Australia, a country that’s deep in the soil acidification problem. But Murray isn’t convinced the genes themselves will work.

“We’re not going to breed our way out of this problem,” he said.

Murray expects the fly ash and bio char experiments to show results in about a year.

“Right now,” he said, “we’re at the stage that’s kind of exploratory.”

Once the fly ash test is complete, the farmers and Inland Empire Paper Co. will have to work out the logistics. The paper company is a subsidary of the Cowles Co., which also owns The Spokesman-Review.

“I don’t think there’s much doubt that it’s going to work,” Murray said. “The question is how well will it work? How much to apply and in what form will we apply it?”